Our next sub category rankings list for drivers is our Best golf driver for seniors 2021/2022 rankings list. We really are not concerned about what your birth certificate says. And the golf enjoyment factor is not limited to muscling it off the tee.  We are just following the statistics and the reality is that the average golfer following their 20’s begins to decline in average driving distance.

With the average distance for a 20–30-year-old being approximately 240 yards each following decade realizes a decrease in driving distance of about 10 yards. Each decade also shows slightly accelerated decrease than that the previous one. So, by the time a golfer reaches his 60’s the average has declined to about 195 yards.

With my 50th bday right around the corner I have become dismayed at the pending doom. Personally, I have always played a reasonably long ball and stayed above the distance averages. Actually, last season I saw about a 20-yard increase to my driving averages almost entirely attributed to choosing a shaft optimized for my swing. This is actually the whole point of this ranking list.

As mentioned, we are not making a statement about an age demographic other than relating generalizations about swing types, specifically swing speeds that are associated with it. Since most of our other categories are much less speed focused/limited we thought to add a ranking for drivers set up to maximize performance without pace. So, if you are performing outside of the norm and defying time then this is not the place for you, yet 🙂

Our Best golf driver for seniors 2021/2022 rankings follows the same new dynamic rankings list approach as our latest reviews. Remember that for any gear that gets pushed form the top-3 it can always be still found on its respective master ranking list.

In case you are interested we are thinking to track and follow my pending decline in performance. We thought it might be interesting to make a real-life case of how my game evolves over the next seasons. So far, my pursuit of senior status is winning over my hunt of a single digit handicap. We are still working out the concept and format for the chronicle but hopefully in the next month or two we will have it up and running.

So, if your pace has declined and you are looking to optimize performance off the tee with lower swing speeds this is where we will trach the drivers that we get our hands on. 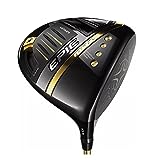 If you’re an Epic MAX fan but you woke up one day and realized you got old then Callaway’s Epic MAX Star Driver is for you. We mean no disrespect and to club or golfer since I am getting older every day too 🙂 This is a beautifully designed, nifty driver that really will work for its target market.

Its target market being those who are challenged to generate better than slow swing speeds in the 70’s to mid 80’s mph range. So maybe we can also add lazy swingers to the target market too 🙂 Once again no disrespect to the lazy people out there since I have spent the odd day on the couch in the past too!

For the most part shares the same technology as its brothers and sisters in the current Callaway driver lineup.Jailbreak and Speed Frame are both packed into the Epic MAX Star Driver as well as 9g adjustable sliding rear weight for better ball control adaptability. If you want to dive into the nitty gritty technical marketing stuff then Callaway’s webpage is just around the corner…. But in this case, it is really not what matters and it is not what makes this one of the best options on the market for our lazy old golfers.

Here what matters is this driver is LIGHT!

The design has focused on a total construct geared to promote absolute lightness while not sacrificing the quality and performance. There is a diminishing return on the speed gain percentages for those with faster swing speeds hence lower end club speeds gaining the most advantages by making this their driver of choice. Given the careful selection of components going into the Epic MAX Star Driver to achieve the ultra-lightweight status there is more restrictive setup options and rightfully so.

So how light is it? The standard stock weight is 253 grams! Of course, it is impossible to give an absolute comparison to all the clubs on the market but you are generally looking at approximately a 20% weight reduction to a standard setup premium golf club. For those with slower swing speeds this is actually a huge difference and potential that can be leveraged. In Callaway’s testing this translated into potential 20-yard gains from the tee. Just to make it clear, the average expected driving distances with these type of swing speeds normally is around 200 yards. So, you just gained 20%!

Now with those gains’ performance gains and one of those nicest looking drivers I have seen in a while comes a premium price tag. In the ballpark of a USD 700 RRSP. Now without sounding fatalistic (this really has been one of the most fun reviews to write in ages) there may be a better way to calculate its economic worth. The fact is that if this driver is right for you, you just might retire with it. It may be the last driver you will ever need unless the water hazard at your local golf course is actually the fountain of youth :)

In all seriousness Callaway has put together a great club, well designed to meet the needs of a golfing demographic in a day in age when many manufacturers try to make clubs work for the masses. In our opinion it is not such a bad thing.

If you are a fan of Cobra’s drivers but you have noticed that your swing speeds are on the decline then maybe the Air X Straight Neck Driver is exactly what you’ve been looking for. Many golfers with moderate to low swing speeds have a tendency to resist being fitted with a more suitable driver for their swings. Most fall into the trap that it is sexier to be playing the same driver as the guy on TV does.

If you can get over it and come to grips with your limitations the Air X Straight Neck Driver is a well put together driver that also comes at a very favorable price. Since my swing speeds are still not in alignment with the Air X ‘s target golfer we brought one of our group, Eddie, along for the testing day. Eddie has never been a big swinger as long as I have known him but may be the most consistent of our group from the boxes and plays a respectable 9 handicap. This is why we chose the straight neck version given his ability to square the face at contact.

To get a better idea of the advantage of the Air X we had Eddie swing comfortably using a heavier driver. Of course, all drivers can be set up differently but as a point of reference our control driver was a SIM2 weighing 315 gr. We had him hit 25 balls calculate his average swing speed which turned out to be 82 mph. We then repeated the same exercise with Cobra Air’s X Straight Neck Driver and there was a very clear difference as his swing speed average had increased to 85.5 mph. The decrease of 38 grams had given him an additional 3.5 mph.

For most golfers an increase of 3.5 mph will get them an extra 10-15 yards on the drive. What is often overlooked is the club’s ability to keep the golfer in his comfort zone. The lighter weight of the Air X made keeping (in this case exceeding) desired swing tempo effortless. This results in better dispersion numbers, not because the club is more forgiving, but because the club allows you to play within your comfort zone.

For Eddie, because of his existing strong play from the tee the dispersion numbers with the Air X were favorable but not conclusive. For a moderate swinging mid-handicapper there is a lot a gain to be realized. If you fall into this demographic and/or are looking for a premium manufactured product at a reasonable price then we can highly recommend you give the Air X Straight Neck Driver a try.