So we decided to have a little fun with the next set of golf ball reviews in our best balls for handicaps series of reviews. The first in the series is our best golf balls for 10 handicap and then we will then follow it up with our best golf balls for 20 handicap rankings. Before we get down to the ball choosing, we thought we should get in alignment about what we think a 10 handicap golfer looks like. To do so we also borrowed some data from the USGA to help us build up our profile.

Even if our 10 handicapper is more apt to be shooting in the mid 80s on any given day than at or below his handicap they nonetheless represent the top 30% of all golfers.

The swing speed for the average 10 handicapper hovers somewhere around 97 mph which translates into carry distances off the tee in the area of 230 yards. Driving accuracy is approximately 50% so a low spinning ball from the tee far outweighs the risks with a ball generating more spin. They are still playing long irons into the green on reasonably difficult courses so the responsiveness and control of the ball for distance is quite important.

The Bridgestone Tour B RX sits at the top of our best golf balls for 10 handicap rankings. Despite all of the balls in out top rankings being viable choices we really found that the Tour B RX matched the profile we came up with for the typical 10-hcp golfer. For example its 3-Piece, Urethane cover is optimized for swing speeds under 105mph matching our prototype golfer. Consequently our golfer will maximize their distance without over compressing the ball on solid contacts.

Secondly, the low driver spin suits our golfer very well as they are still needing a ball that offers some forgiveness to help keep the ball on the fairway. The Tour B RX’s medium compression was very comfortable on the green yielding a great ball on putter feel. As our profiled golfer has the tendency to need loner irons into the green and as a result being left with longer first putts it was very important to have a ball that played well on the greens.

Despite the Bridgestone Tour B RX being considered a distance ball and its primary attribute it did perform well in all situations during the round. The spin reduction did result in playing into the greens with a little less bite but the other benefits more than compensate. It is a premium golf ball and comes with a premium price so it is for those who keep the ball in play more than not.

REACTIV –  A smart urethane that acts as an ‘impact modifier’

Gradational Core – Faster speed and reduced spin off the driver

Extra distance and enhanced aerodynamics are a result of the Dual Dimple technology. The added distance comes from a more efficient ball trajectory thanks to less drag when the ball is in flight.

Consistent flight and performance are a result of the proprietary Seamless Cover Technology. The perfect performance and aerodynamic balance comes from a manufacturing processes that creates a perfectly balanced dimple pattern.

Our Runner Up – Best golf balls for 10 Handicap

The Callaway Chrome Soft comes in as a very close second on our best balls for 10 handicap golfer list. I actually scored a couple of strokes better in my round with the Chrome Soft. For those who would prioritize little more spin playing into the green and ball control might bump up the Chrome soft to the top of the rankings. However for those looking for that extra yardage and a great ball on the green would more likely agree with how we’ve stacked them up. While both are premium balls the Chrome Soft generally comes in at a few dollars more for the dozen.

Both balls were quite durable but the Chrome Soft had slightly more wear and tear at the end of the day but I would not read too much into it given both’s covers would most likely outlive their fate even if played by a 10-hcp golfer. Callaway’s entry had a little higher ball flight but I had no trouble navigating the course under breezy conditions.

Incredible Feel and Spin Control From a Thinner Urethane Cover

Our Other Picks – Best golf balls for 10 Handicap

The Srixon Z-STAR comes in third on our best ball for 10 handicap list but it may make more sense to view the rankings as a “more suited for” than a “better than” list. The Z-STAR is a firmer compressed ball than our previous 2 recommendations and as such it will potentially handle a little extra gear on the swing speed when needed. As a mid-flight ball it is not getting up there quite as high as our previous two offerings but it did handle windy conditions in my afternoon round well resulting in still respectable distance from the tee. I actually preferred the firmer ball as it is closer to the compression and feel of my ball of choice.

Where the Z-STAR set itself apart from the others was the its responsiveness and controllability. Undoubtedly the leader in this aspect than any of the other top 5. It excelled when playing into the green and I felt I gained valuable distance to the hole making my life much easier on my first putts. It was actually the only ball that I did not have a 3 putt during the two rounds of play.

Srixon boasts it is first in the world to use Slide-Ring Material  (SeRM), with the coating allowing the balls to dig deepinto your wedge and iron grooves for dramatically increased friction and maximised spin, giving more control and stopping power on every shot. This coupled with a slightly thicker cover in the latest version have made noticeable improvements in green play.

Refuse compromise; demand the best. From its molecules to its dimples, we’ve pushed every feature of the Z-STAR to its limit. We stopped at nothing to achieve ultimate performance because we know you’ll do the same on every tee shot, chip, and putt.

Soft at its center yet firm around its edge, FastLayer Core gives you speed and great feel so you can play with confidence and big distance. A special heat treatment bakes speed into the outer portions of the core yet leaves the center satisfyingly soft. And the transition from soft to firm happens gradually, giving you consistent performance shot-to-shot, club-to-club.

Every Z-STAR Series golf ball features an extra thin, thermoplastic urethane cover. For even more spin and control, we add our Spin Skin coating. This additional layer of urethane is only a few microns thick, but it uses Slide-Ring Material (SeRM) to increase friction and maximize spin on chips and pitches.

With their new, deeper dimensions, the redesigned 338 Speed Dimples on each Z-STAR Series golf ball punch through air for a penetrating launch. After launch, the dimples generate lift, driving the ball upward and maximizing glide distance during descent.

In the beginning of the article, we mentioned that we would look at balls that would match the profile of our 10 handicappers but appeal to different preferences, the Mizuno RB Tour is exactly that. It is most likely the ball that stands the furthest apart from the other balls on our top 5 which in some ways makes it a little easier to understand if this is a ball for you.

Sometimes we struggle to quantify the relative flight of many of the balls we test and try out. Swing, contact, wind and other variables not to mention the actual measurement of the height of the flight can be a challenge to test and measure empirically.  The Mizuno RB Tour’s low trajectory was all on its own.

Although RB Tour’s 4 Piece Urethane covered soft feel did work well on the green and off the face of the putter and its high ball spin short game made attacking the pin reasonable effective, I can honestly say that as far as I am concerned it doesn’t really matter… The Mizuno RB Tour’s appeal with be won and lost based solely on what you are looking for from a ball off the tee.

Technology in golf is about materials and application. Mizuno has created a ball that is very close in many aspects to any other tour level golf ball on the market, but what makes them unique is the dimple design.

Under laboratory testing a configuration of 360 Cone Dimples was discovered the most effective at producing a controllable, penetrating driver flight, and noticeable distance gains on full iron shots

As described by Mizuno, “The new Cone (C) Dimple is the result of 12 years wind tunnel testing at Mizuno’s MT (Mizuno Technics) test facility. The C-Dimple creates more trigger points to keep fast flowing air close to the ball’s surface for longer – simultaneously reducing drag, and strengthening trajectory.” The easiest way to describe them is like a cone with a flat bottom.

Our last entry on the top 5 golf balls for 10 handicapper is the Vice Pro. And if you have not caught on yet I will say it again, this is not the last place ball in this case and could well be a top of the ranking but we felt that the Vice Pro may be best suited for a smaller percentage of the target group than the others.

The primary reason is we felt the Vice Pro is best suited for a really good 10 handicapper. More specifically, the golfer who is swinging at the top of the swing speed range in the profile and maybe even a little bit extra to take advantage of the higher compression. Similarly, the golfer who making cleaner contact to be able to navigate the slightly higher driver spin rate and the golfer who is ready to attack the pin taking advantage of the highest wedge spin rates of all of the Vice product line.

Worth also mentioning is its performance on the green. Despite being a firm ball there is still a soft feel that worked incredibly well with for me. I usually do not pay too much attention to the putting lines on many of the balls today but I actually find the Vice Pro to have the nicest one I have played. I am still trying to understand why but for whatever reason it works well for me.

It is a really good ball and it is set up for a player who is ready to push their handicap down. Instead of spending premium dollars to play a high-performance ball the Vice Pro is an affordable option for a ball that is a playable option to Titleist’s ProV1. I am actually now consider using it as my 2nd / provisional ball. Or potentially my B ball option when I am playing unknown courses in adverse conditions preferring to invest my extra dollars on the 19th rather than in the water hazards.

The new 3-Piece cast urethane Vice PRO features the thinnest cover possible and is a popular golf ball played by young professionals as well as amateurs seeking to maximize their performance from tee to green.

The new Vice PRO features an adapted KIL-putting line for better visual perception of alignment when addressing the ball. The extra-long and highly visible “Keep In Line” (KIL) putting line with sharp edges has been developed in collaboration with amateurs and teaching professionals to meet the highest putting and alignment needs.

The extra-thin cast urethane cover allows for a sticky and controlling feel off the wedge. Golfers will benefit from more spin around the green.

This year I am tracking all the balls I find during my golf rounds to come up with this years winner of the OFF PIST GOLF BALL OF THE YEAR. If you would like to see if any of our recommendations strayed from the fairway come take a look. 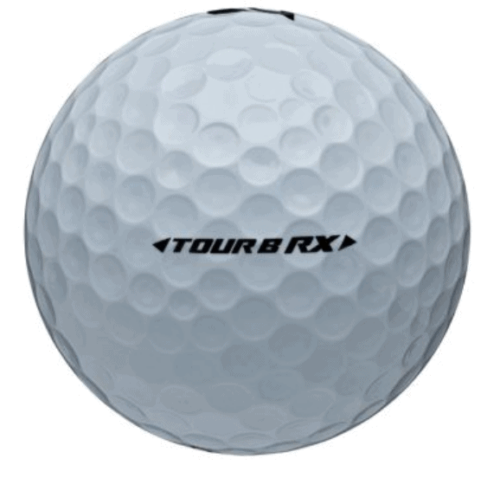